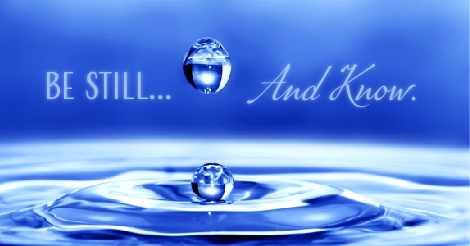 His closest followers, including Mary Magdalene, had removed his lifeless body from the cross and taken it to a cave-like tomb. They had handled this dead body. They had seen Jesus’ arm thump to the ground when unsupported. They had watched his head all toppled about, unsupported by active neck muscles.

Death is so final — like hitting a brick wall. Have you ever stood beside the open casket of a dead person and tried to imagine what would happen if he/she were to suddenly revive? Looking down at the face of a corpse, it’s just too hard to imagine. A dead face looks so utterly finished — bloodless, pasty, immobile, lifeless, beyond hope.

Once when my spouse David and I were touring an historic home in Wheeling, West Virginia, the tour guide told a chilling, but true story of a teenage girl who had died in that home in the early 1800s. They laid her in a pine casket in the living room for viewing, and the next day family and friends gathered there for the funeral. Right in the middle of her funeral, she awakened. She had apparently just been in a deep comma, so deep she had no detectable breath or pulse.

What feelings must have rushed through that family! She who was dead was alive again!

This is precisely the situation Mary Magdalene faced on Easter morning — except Jesus had been gone three days (not one) and his death was from gaping wounds, not subtle disease. Yet the tomb was empty and an angel was saying, “He’s alive.”

Just try to imagine that first moment when Mary allowed herself to entertain the idea that maybe, just maybe, Jesus wasn’t gone forever.

Thought for the day: This is the power of God. Live in that power; live in that hope.